Drug busts, sex romps, money stolen (and embezzlement is also stealing), abuse - which sadly covers an enormous range of nasty behaviour - and other truly immoral acts, or any fearful, cruel episode or decision.... A few people may ride out the ensuing storm after such upsets and disasters, some luckily escaping only with a fright, others paying a high price such as a jail term. But many do their best to avoid anything like major trouble. Dodging and weaving, lying and pretending, or leading a truly good life most of the time, (meaning, if everyone did what you do, would that be okay)? What do you do?

The drama of calling attention to oneself with a grave noticeable error is stressful, simply, and may cause damage in many ways. But with deliberate harmful behaviour found out, (or even enacted in secret), the ruination of many social connections thereby means despair. Perhaps leisure time is lonely, or lacking decent, trustworthy company, and also, fewer chances appear for good employment, job advancement, and recommendations when someone's badly behaved.

You could think that politicians and leaders who behave criminally or wrongly have a great job, so what do I mean? They certainly get well paid, and appear perhaps well connected, but the despots, tyrants, and criminals in office are trapped there by all accounts. Those who are puppets cannot simply walk away even if they want to, someone will hurt them and their family if they do. The criminals elected, or who take charge, they seem to know no other way to behave, and are caught in lies and intrigue, unable to really trust anyone. The stress must be horrendous. Look at how some of them age so dreadfully. Then the simply stupid and ignorant politicians, they have to face the consequences of their ridiculous decisions in the media, in their electoral offices, and so on. The health costs and ruined reputation means they have to undergo extensive medical treatment, and sometimes move away from places they love, to avoid the repercussions. Some of these people also go to jail, or are in other ways removed.


The day-to-day existence of someone who is scandalous, whether the general public see their awful acts or not, is sure to lack a great deal of goodness. Love may be absent, genuine security and true lasting decent connections barely exist, (they could live in a cloud of lies). Sometimes good health or long-term public success also eludes them, and inner happiness never truly blooms. That is those who in fact behave badly, not those who are framed.

Being stitched up, framed, lied about, those kinds of scandals also exist. Some magazines invent shocking tales every week, to boost circulation. One of the hazards of a famous life is learning the media are not your friends, (and often they'll believe whoever gives them the most outrageous story). Developing a tough, thick skin helps, but so does knowing in fact who you really are, and who to absolutely trust.

In any case, always trust people to be themselves. It's foolish to think someone weak-willed, or with some kind of defective thinking will in your case be somehow okay. We may love people the way they truly are, faults and all, but hopefully that does not make us blind to the damage they may do.

Avoiding scandal anyway could represent one of the major activities of those with something to lose. What could go? Well, a good name, a "family" brand, a reputation as someone caring and kind, or clever and respected at least.... A hero or heroine, a dependable, decent person, anyone who wants to be considered reliable and useful, those characters in life's story rely on avoiding fraught, illegal, and immoral situations.

The honourable, (those who act that way, not those who merely spout the word 'honest' in faking it), truly good folk ensure anyone visiting them also works along fine, decent lines.

Also, if anyone has a private life that's alarming, illegal, or other such things, those people will act swiftly to alienate anyone who won't stay quiet, or who criticises, (even if it's simply not wanting to take part in whatever peculiarities may seem usual).

Mere embarrassment alone can present such a terrifying picture to some of us, too. Daring to do very little outside what's usual and rewarding for our group, our everyday culture in case what we plan or hope for goes wrong. Then this kind of coward loses face, or appears ridiculous, stupid, or clumsy, (nothing more than human but they don't like failure). It is shallow, undeveloped, not to allow yourself to sometimes see you're hopeless and need assistance.

This may seem like news for the few determined to seem faultless or perfect, but failure is an opportunity to learn something new. How will you do better next time? Great to see this opportunity for growth, for correction and maturity, more skills.

A mistake also means you're human. Simply say sorry and ask for help. Or maybe get away from whoever you're with, or the work you're doing, causing all this mayhem, if the mistake is enormous? Often big trouble involves more than one participant, team-work is not always worthwhile behaviour.

Being a human being involves working together, and things may go wrong sometimes, though. O well.... Get assistance from a trusted outsider, this usually helps somewhat.

Overly careful or sycophantic and too-agreeable behaviour, however, marks far too many people as part of a going-along-with-anything crowd - nothing much to see here, thank you. That screen of banality or extremely good or cool manners does not mean there is in fact nothing untoward going on.

Scandal, now then, that's far worse than embarrassment. It's when the thrown mud sticks, when the messy side's on the outside for all to see the mending, the rips, the dirt, the not cleaned up after all, and your paw prints all over it. No escape.

Scandal scalding too like hot water, it hurts, leaves scars, causes trauma and trouble. Some stories may rip families and communities apart like giant hands appear from mere words, and grip, tear, drop all the tatters.... Those affected by scandal need recovery from the after-shocks, feel deeply affected, sometimes with illness, loss of income, having to move away from a city or country, and so on.

The famous, the successful, those trusted, and worthy all work to a degree to maintain whatever they think the best public profile, to ensure their continued sunshine and roses existence. But when some rely on an unreal screen hiding hurt and crime, what happens then?

A scapegoat can be handy. Some unwitting person used like a  decoy and blamed for trouble, all the issues, their fault. By contrast then the people doing actual terrible things, they can make their public persona stand up quite well, next to the scapegoat they're blaming for something real or invented. Story-telling works in mysterious ways. It's a contrast situation, the story-teller's all in the right, the scapegoat's all in the wrong, and a diverting exercise for the public's gaze swivelled to look at who's to blame. (Over there, not here, over there)....

Being oneself and maintaining integrity, being of good moral fibre, these are fine defences against blamers and shamers. The storm of dirty stuff the self-righteous and too often evil may whip up, can last however a long, tedious time. They also can gather in more and more support for their dastardly deeds.

It's a relief from fear to make others feel fearful, that's why bullies behave how they do. Agreeable folk side with a bully to save themselves from pain, or because they're easily fooled, or both.

True relief from fear however is joy.

Remain as much as possible joyous, kind, associate with those who also quietly do good deeds and work well together, garden, give time to others, brush up on skills you need, and exercise. One or two of those a day, varied through the week, may assist anyone to withstand the slings and arrows....

It could be best to accept ourselves the way we truly are, rather than pretend at something we're not. Everyone has flaws. Beware of anyone who thinks they do not make errors.

Be unafraid to stand alone when frightened of a bully, get as far from them as you can, and tell someone, keep telling until you get a friendly ear, at least. Or contact Shine, or Youthline, or Lifeline, or Women's Refuge, or another agency, ask your doctor. Google for details.

Standing alone can mean you have lots of time on your hands. Using time fairly and well improves so much.

Lately, I'm doing the 100 Days project, and this is my drawing for today, in any case, above. See more on this website.

Eventually the work shall be exhibited in an actual place in Tamaki Makau-rau Auckland. Could print some images on tea towels, in any case the best drawings shall be for sale, $10- each.

We're also running a writing workshop here at Blue Haven, Grey Lynn, too soon in October 2016. Two places have been filled already, so contact me raewynalexander [at] hotmail.com for details re where to pay and so on. More info., below.

Blue Haven Workshops for writers - enjoyed for decades. Many people from our sessions now published, a few prize winners like Alice Hooton, who had Shamfeign launched a few years back, read in NZ and overseas, or other students such as Matt McEvoy with The Grey Lynn Book. Julie Helean was a client of mine, and she went on to have a best seller, The Open Accounts of an Honesty Box, and also, won The Katherine Mansfield Award one year. Others run fine blogs like this one The Imaginary Museum of Jack Ross' or create other writing projects.  Jacqueline Crompton Ottaway has published some finely illustrated books since enjoying my workshops, and enjoyed success with these beautiful volumes. They still hold value some time after publication, too.

Participants enjoy pleasant, informative arts conversations in Blue Haven Workshops and find new, exciting or rewarding directions. These talented people find focus, go on to create family histories, feature articles for magazines, comics, novels, poetry, memoirs, or other projects. Another associate of mine Jaq Tweedie recently produced these books for instance.  Then there is Cornelius Stone, cartoonist, who attended one of the first writing workshops here and has since then exhibited at The Auckland City Art Gallery amongst other places.

Writers work in countless ways, and successful writing often results from a group effort. Learn to work with editing and critique early on, grow more professional and inspired.

Lovely to see you for this.

A weekend writing get together - October 2016.

We'll also critique what you've created. Bring your own writing, and paper or a device for more.

How to get published.


Thanks for reading and comments most welcome.

Posted by Brightspark Books at 11:12 PM 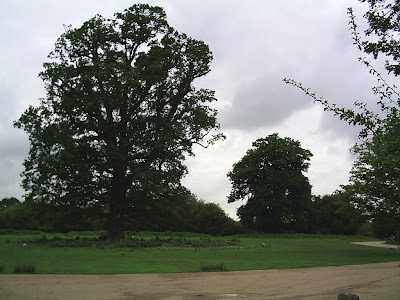